AMOS is a series of Israeli communications satellites operated by Israel-based Spacecom.

But except for the AMOS-5 developed by ISS Reshetnev using the Ekspress satellite bus,

the Guiana Spatial Center in French Guiana, and Cape Canaveral in Florida. 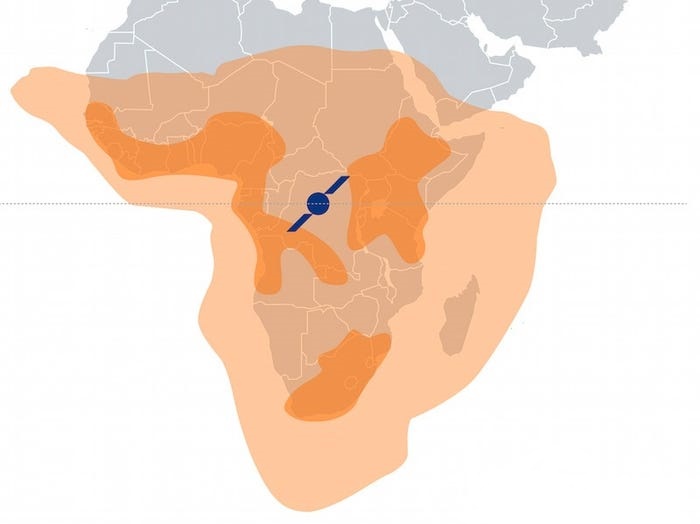 It is the first Israeli communications satellite; its development was based on the experience gained from Ofeq's reconnaissance satellites jointly with DASA and Alcatel Alenia Space.

It was launched on May 16, 1996, from the European Space Center (Spatial Guyanais), in French Guiana.

It was in use for home TV services (DTH/DBS by Yes in Israel and HBO and others in Europe).

So it decided to expand its business and started building AMOS-2 which is in operation today and in 2009 AMOS-1 was sold to Intelsat, and it became Intelsat 24.

AMOS-2 was launched on December 28, 2003 from the Baikonur Cosmodrome in Kazakhstan,

serving customers in three service areas: the Middle East (including Israel), Europe and the East Coast of the United States.

The transport and communication services provided by this satellite include:

AMOS-1 and AMOS-2 are positioned close to each other in order to create a common location, allowing satellite users to increase user capabilities without additional antennas.

And after AMOS-3 was replaced by AMOS-1, AMOS-2 and AMOS-3 were placed in close proximity.

AMOS-3 was launched on April 28, 2008, successfully achieving the planned orbit.

The $170 million satellite is designed to provide greater capacity, extended coverage and improve links between the Middle East,

Europe and the eastern United States.

Planned to remain in space for 18 years, AMOS-3 has replaced the AMOS-1 satellite.

The satellite is located at 4 degrees west of the equator, just like the AMOS-2 satellite. 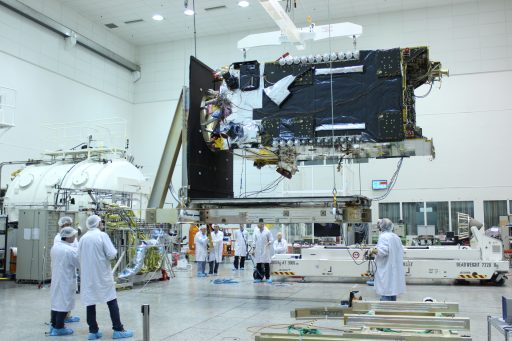 from the Baikonur Cosmodrome, Kazakhstan to be placed in a geostationary orbit at 65° East longitude.

AMOS-5 was launched on December 11, 2011, providing coverage for the continent of Africa, as well as Europe and the Middle East.

The satellite is located at 17 degrees east longitude and, unlike previous AMOS satellites,

was developed by the Russian company Reshetnev instead of IAI.

Communication with the satellite was lost on November 21, 2015. 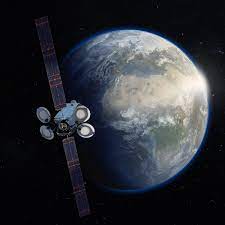 The AMOS-6 was expected to be launched by mid-2016 to replace the AMOS-2, and the 5,500 kg satellite was built by Israel Aerospace Industries.

It was destroyed on the platform on September 1, 2016, by an explosion at Cape Canaveral Air Force One SLC-40.

AMOS-8 was commissioned by the Government of Israel in September 2018. 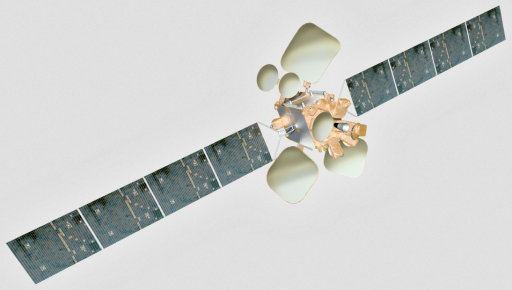 It is an alternative to AMOS-5 and provides coverage of the continent of Africa, as well as Europe and the Middle East, where the satellite is located at 17 degrees east longitude.

The AMOS 4° West satellite contains the Yes channel package that operates on the Shearing system,

and is considered one of the most important packages that broadcast matches from the major European leagues.

The Israeli satellite is one of the most important satellites in North Africa and Egypt in particular,

for its ease of reception throughout Egypt.

and it also receives with the satellite Nilesat on dishes of 70 cm with ease.

The moon is characterized by transmitting 99% of international leagues and tournaments,

but its channels work in SD quality on paid servers.

The moon contains about 11 to 13 sports channels

And also the Spanish Cup, the England Cup, the German Cup, the Italian Cup, the French Cup, the Portugal Cup, the next World Cup Qatar 2022,

the upcoming European Nations Cup 2020, the Club World Cup, the FIFA Confederations Cup, the Copa Libertadores Cup, the African Champions League from the round before The final,

and the African Confederation Cup from the semi-finals.