Hispasat 30W satellite is one of the best satellites at the level of free viewing,

thanks to the ease of picking it up in the Arab region (North Africa and the Middle East) and the ease of opening its channels on most servers. 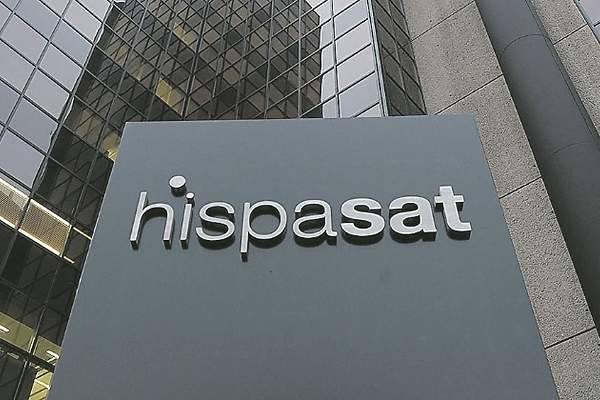 It is an operator of a number of Spanish communications satellites covering the Americas,

in addition to providing services such as mobile broadband and landlines.

Hispasat 1 is the first Hispasat satellite to be sent into orbit, which was launched on 11 September 1992 aboard the Ariane 4 launch vehicle from the Spatial Guyanais Center near Kourou in French Guiana.

It was placed in a geostationary orbit at 30° West, the location of all subsequent satellites serving Spain and Europe.

In 2004 the Amazonas satellites (61°W) were launched with the launch of Amazonas 1,

which served the US market (particularly Latin America).

Hispasat 30W satellite is characterized by the presence of a large number of sports and entertainment channels,

that provide a wide range of different and varied programs in different quality (SD - HD - 4K).

such as Portuguese SPORT TV channels and Spanish government channels.

The State Association of Spanish Industrial Partnerships is the owner of the Hispasat 30W satellite. 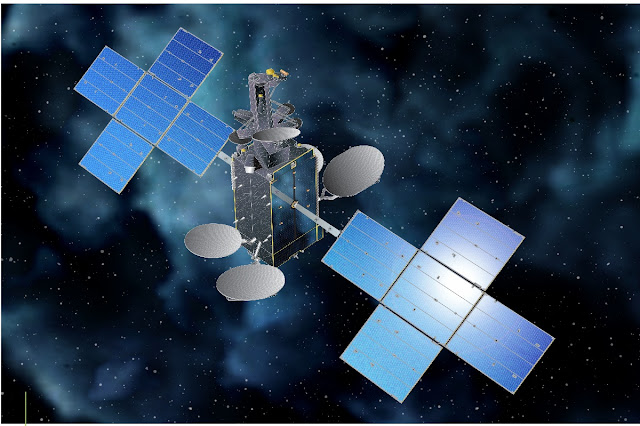 How to catch the Hispasat 30W satellite:

The Hispasat satellite can be captured in North Africa with a 50cm dish, and in the Middle East with an 80cm dish.

And to catch the Hispasat 30W satellite by Nilesat by setting the frequency of 10770 H 30000 on the receiver,

then we lower the dish until the signal disappears,

then we rotate the dish towards the west (opposite the direction of the Qibla) until the signal appears.

The Hispasat Group consists of Hispasat SA and its subsidiaries Hispasat Canarias,

The range of Hispasat shareholders illustrates the company's strategic nature for both the government and the Spanish telecom market.

the Center for the Development of Industrial Technology (CDTI) with 1.85%,

and the Abertis group specializing in management, with 90.74% of telecommunications infrastructure and services.

On February 21, 2012, the press was informed that Telefónica would sell Abertis its shares in Hispasat,

and the Spanish government authorized the sale in December 2012.

Abertis then sold its stake in Hispasat to Red Eléctrica de España, in February 2019. 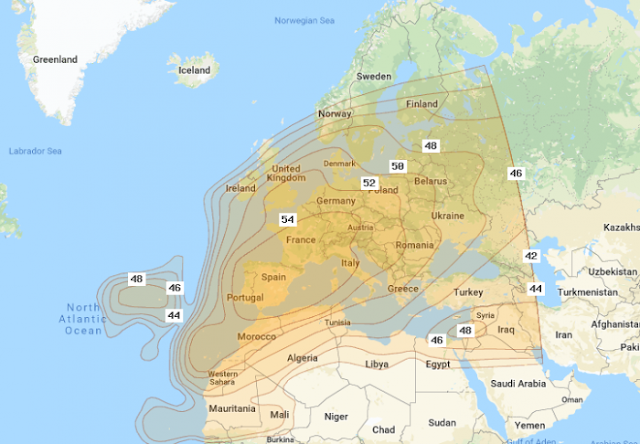 Located at 30W and serving as a replacement for the Hispasat 1D,

Hispasat 30W-6 gives HISPASAT additional capacity for the Ku band, in the Andes and Brazil.

in order to enable HISPASAT to continue expanding its broadband service offering in the region.

The satellite is built on the SSL 1300 satellite platform, with a power of 11.5 kW and a multi-mission payload distributed across:

1. Europe and North Africa, covering the Iberian Peninsula, the Balearic Islands, the Canary Islands, the Azores, Cape Verde and Madeira; Mauritius, Morocco, the Mediterranean countries in northwest Africa and the greater part of the European continent can be seen from 30°W.

2. Americas, with coverage from Canada to Patagonia, excluding Brazil.

• 6-pack Ka-band, with coverage of the Iberian Peninsula, the Balearic and Canary Islands, Northwest Africa, Southeast and Central Europe.

• Broadcast rights and sports channels on the Hispasat 30W satellite:

Some other sports such as basketball, tennis, futsal...

Some other sports such as tennis, wrestling...

Some Champions League matches in Portugal

All team matches are recorded in all tournaments