A group of Astra communications satellites, co-located at 23.5° East, in the Clark Belt owned and operated by SES.

23.5° east is one of the main TV satellite locations serving Europe.

The satellite currently holding this position is Astra 3B Artisan,

Because of the Astra's proximity to 23.5°E, from the primary DTH site in Europe,

it is used as a direct-to-home (DTH) source.

This allows the use of a single small dish, equipped in the target countries,

with a Monoblock LNB unit to receive channels from both positions.

Astra 23.5°E is a major source of TV, radio and multimedia services for parts of Europe. 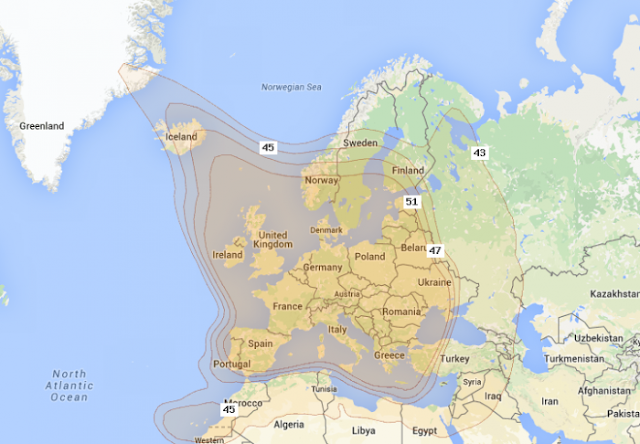 While the Astra 3B satellite can reach most parts of the continent,

this is used primarily for the broadcast channels of the countries of the Northern and Central and Eastern European region,

in particular: Belgium, Bulgaria, the Czech Republic, Germany, Hungary, the Netherlands, and Slovakia.

After the agreement signed between SES and Milano Teleport, in 2009, the service of local,

regional and ethnic channels arrived in Italy, from this orbital position, to provide capacity for Italian broadcasters.

broadcasting from this position.

More than 390 TV and radio channels are broadcast from Astra 23.5°E to nearly 2.5 million homes in Europe.

And in January 2011, Astra announced that Bulgarian satellite DTH operator BG would use three transmitters on the Astra 3B at 23.5°E.

To broadcast a package of more than 60 standard channels and 12 HD channels,

In addition to all the main Bulgarian public and commercial services for TV homes throughout Bulgaria.

Astra 23.5°E has been the home of Euro1080, Europe's first full-time commercial HDTV broadcaster since 1 January 2004.

The Astra 23.5°E site was also the home of Astra Connect (ASTRA2Connect), 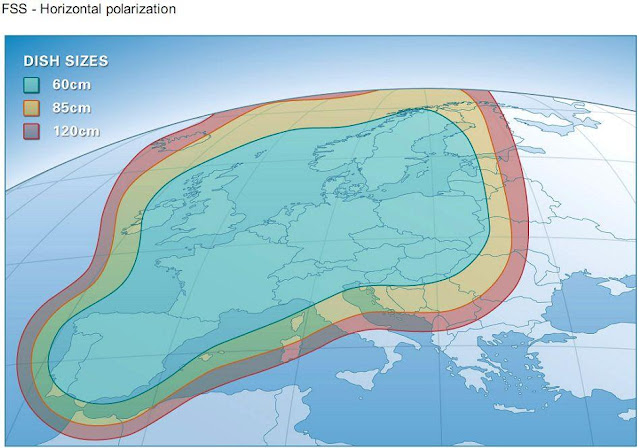 With the DFS-Kopernikus 3 nearing the end of its life, an agreement was reached with Deutsche Telekom for the use of SES location and German frequencies.

In August 2001, the Astra 1D was moved to 23.5° East to provide follow-up capacity for the DFS-Kopernikus F3 pending the launch of the Astra 3A.

Then the Astra 3A was launched in March 2002 to open the Astra 23.5°E site, and Deutsche Telekom contracted 10 transponders.

And that's with all traffic on the old DFS-Kopernikus diverted to the Astra 3A.

It moved to Astra 23.5°E to replace the Astra 1D, which was nearing the end of its design life. 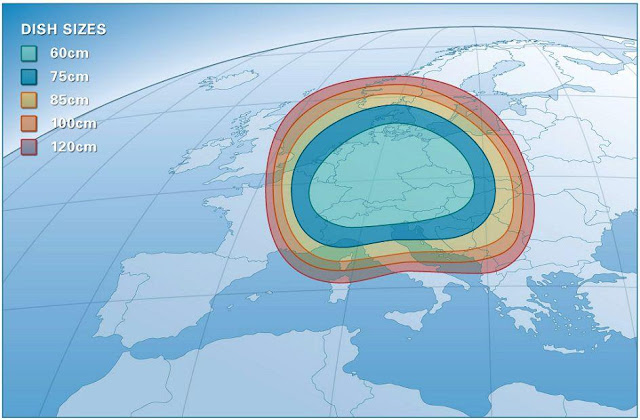 A new satellite, Astra 3B, was originally scheduled to launch at Astra 23.5°E in the first quarter of 2010.

To replace all capacity currently in this orbital location, but its launch was delayed.

The Astra 3B was then finally launched successfully on 21 May 2010, entering commercial service in June, after being tested in orbit, when the Astra 1E and Astra 1G were launched from service.

In July 2010, the Astra 1G was moved from Astra 23.5°E to Astra 31.5°E. The Astra 1E remained in this position slightly longer with no transponders in use.

But in August 2010 it was moved west to the Astra 5°E to provide a backup for the Astra 4A, this version awaiting the launch of the Astra 4B to that location in 2011.

But it retired from DTH service in 2008, and then was leased from Telenor owners by SES-Astra in 2008.

It initially moved to the orbital position 5° east, and then in 2011, Thor 2 had only two active transponders.

Both carry the channel RTL Télé Lëtzebuerg, and then in January 2013, Thor 2 exited orbit into the cemetery's orbit.

On February 1, 2012, Kabel Deutschland discontinued its Astra 23.5°E distribution site, and switched over to its terrestrial fiber network.

to provide a backup for SES' SES-9 satellite. 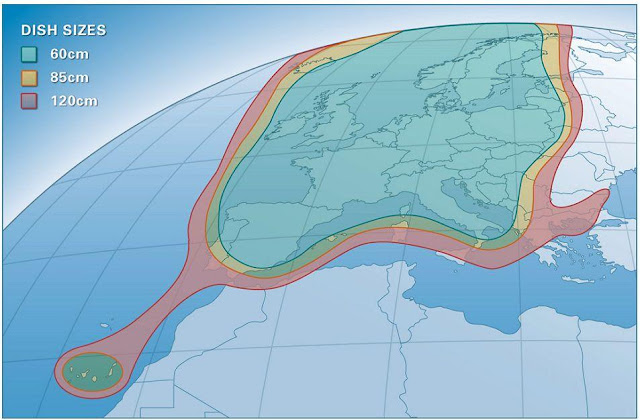 The satellite is captured at 23.5 degrees east, starting with the Arabsat satellite Badr 26, and then moving the dish to the right by 3 cm, from the back.

And that is with the introduction of the strongest frequency to capture the moon,

then raise and lower the dish very slowly, and when the signal is caught, we search for the approximately 250 channels.

Astra receives 23.5 degrees east with a dish of 1 meter in size in the Maghreb,

and it can be received with a dish of one meter or more in Egypt and the Arab Gulf countries.

the direction of the kiblah.

2. Most of the channels are broken on many servers (Ssycam, Orca, Forever, Nashir, Deshare, Gshare and others).

The Astra 23 East satellite is characterized by many different packages,

as it includes more than 500 various channels ranging between:

The most important packages available on Astra 23 East: