It is a free satellite television package of the Eutelsat Group,

The package is a satellite alternative to terrestrial digital television in the White Zone, 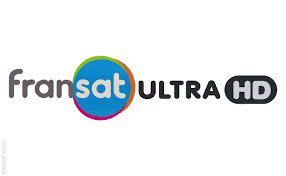 It also provides access to optional pay-per-views such as Bis TV, beIn Sports or OCS, as well as the Connected TV service.

Its direct competitor is the TNT Sat of the Canal + group, which is broadcast on Astra 1.

The package has faced criticism for using conditional access to limit its offer to residents of the French capital.

This is in accordance with the rights and obligations granted by the channel's editors,

which would conflict with the principle of free movement of people, goods and services in the European Union.

It has been possible since the 1990s to receive national analog terrestrial channels via satellite,

Especially to cover the white areas, thanks to the Telecom 2B satellite.

But only 95% of the population can be covered by land, and the intervention of satellite operators is necessary to cover the remaining 5%.

On 8 April 2009, Eutelsat announced the June launch of its rival offering to Fransat,

Signals have been broadcast from June 19, 2009 (technical launch), and marketing was officially launched on June 22, 2009. 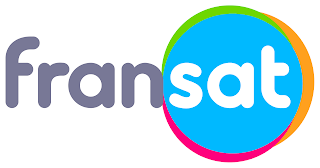 and as of December 14, 2009, NRJ Paris was integrated into the package.

In 2010, the package hosted several local or thematic channels Normandie TV in March.

Fransat has sought to position itself as the best satellite alternative to DTT in the mountains, with many local channels located in the mountain ranges.

And at the end of March 2010, the package launched a specific solution dedicated to receiving DTT in group housing: Fransat Pro.

On the occasion of the 2010 FIFA World Cup (June-July), the package aired for the first time, TF1 3D, which broadcasts five footballs matches in 3D, including the opening match and the final match.

for the 2010–11 UEFA Champions League Final between FC Barcelona and Manchester United.

On November 29, 2011, the AB3 satellite stopped broadcasting the seven historical channels in analogue.

And at the same time that the last region of France, the Languedoc-Roussillon, is all digital.

Numéro 23, RMC Découverte and Chérie 25) were included in the satellite package.

In September 2014, Fransat announced the formation of the FreeTV Alliance with satellite operators Freesat (United Kingdom) and Tivù Sat (Italy), which it joined in October HD+ (Germany).

Their goal was to collaborate to give viewers the best possible service, for example using the popular technologies that would become the standards.

This was a demo channel for professionals but will allow broadcasts of events later,

such as the Roland Garros Championship.

with a color depth of 10 bits.

and as of July 1, 2015, the paid music channel Melody became available as an option.

This broadcast was the national shift to DTT HD announced by the government and planned for the night of April 4-5, 2016.

On March 1, 2016, the Fransat HD satellite package included LCI, the free 26th channel DTT certified by CSA, in its offer.

LCI was also broadcast on channel 26 in MPEG-4 format but in SD, the broadcast quality is lower than HD.

and 25 of the 26 DTT channels were broadcast in HD.

Fransat then welcomed the SFR Sport 4K, on ​​November 29, 2017, thus completing the SFR Sport option, which was renamed the 2018 RMC Sport.

Then the national TV channels of the French free-to-air station DTT were transferred to the Eutelsat 5 West B satellite in January 2020.

After capacity problems with the new Eutelsat 5 West B satellite, Fransat announced that it had to abandon the marketing of its optional offerings:

Therefore, it is no longer possible to subscribe to it since this date,

and people who have already subscribed to these options will be able to continue their programs until May 31, 2020,

which is the end date of broadcasting the channels on the satellite.

It is an interactive portal connected to the HbbTV format, a new service presented by FRANSAT,

during IBC in September 2013, an international exhibition dedicated to audiovisual media.

Where the application allows to control this environment from smartphones and tablets,

compatible with Android and iOS.

You can receive DTT everywhere with FRANSAT, in any remote area with poor TV reception.

The FRANSAT satellite TV solution allows you to enjoy your programming in complete freedom without geographical restrictions.